Introducing the Bitmain Antminer S19J Pro SHA256 ASIC miner that can produce at a rate of 100 terahash with 3,050 W continuous power consumption. Bitcoin, BitcoinSV, LitecoinCash, DGB-SHA, BitcoinCashABC, Peercoin and myriad of others can be mined.

It uses the SHA-256 algorithm and has a maximum hash rate of 100 TH. The hash rate is huge enough almost to guarantee a huge profit margin. The miner comes with a maximum power consumption of 3050W. With this much power, miners should expect to mine over 43 coins. Bitcoin is the most profitable coin, followed closely by Bitcoin Cash.

The miner is ASIC supported, which means you can monitor the progress of mining while away. Miners should also look out for Market Place and VIABTC coins under the SHA-256 algorithm. These two are most likely going to be the top coins to mine with the platform. It weighs 13.2 Kgs and comes in a size of 195x290x370mm. The miner uses the Ethernet interface, and the setup is easy. You get a miner with a maximum voltage of 12V. 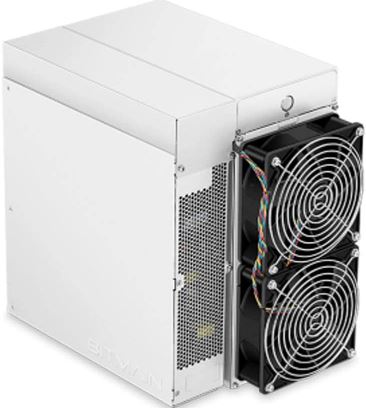 The unit is a Bitcoin miner goes without saying that it’s using the SHA-256 algorithm. It’s one of the safest hashing algorithms that we have in the Crypto mining industry. The algorithm has no known vulnerabilities making it secure from the 51 percent attack. These are the reasons why mining Bitcoin is safer than other coins. With a fast and secure hashing algorithm, you get to mint new Bitcoin faster.

The miner comes with an efficiency of 0.031j/Gh, which is higher than most Bitcoin miners. It’s a result of having a miner with high power consumption. The miner packs a punch when it comes to Bitcoin mining power of 3050W.  It’s one of the few miners that have a power consumption of over 3000W. And this translates to high electricity costs of mining with the equipment. You have to know your electricity rates before committing to mine with this unit. 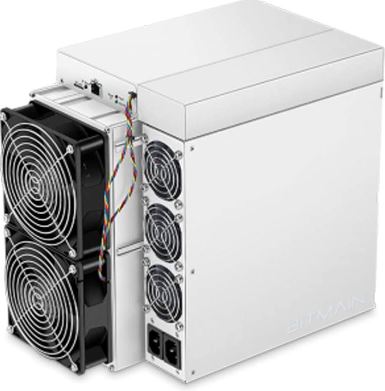 100 TH/s is the hash rate that comes with this mining equipment. The hash rate is huge, and this means more consistency in producing Bitcoin. A high hash rate means that the algorithm is secure. Once you get a miner with a high hash rate, the chances of mining more coins increase.

That’s the reason why miners will go for this unit. With all things considered, the high hash rate will deliver newly minted Bitcoin faster.Noise and sound capacity

75 decibels is the sound volume you get from this miner, which is impressive. With the high hash rate and power, one expects it to be loud. The manufacturer has developed environmentally friendly mining equipment. With more and more people mining at home, this unit becomes a better option. You can easily use this miner in a large-scale office setting without worrying too much about noise complaints.