MicroBT Whatsminer M30S has 88 Tera hash, which is the fastest ASIC mining machine in the world. No other miner offers a hash rate of 88 TH/S. M30S provides (88 TH/s) Tera hash value per second and has excellent power consumption, with a hash value of 38 watts per Tera. The model Whatsminer M30S mining SHA-256 algorithm, the maximum hash rate is 88Th/s, and the power consumption is 3344W.

They're the necessary backbone of Bitcoin, and their products should be any farm's first choice. The MicroBT M30s is an ASIC mining hardware machine, which works with the SHA-256 algorithm. The Whatsminer M30s can mine top coins like Bitcoin(BTC), Bitcoin Cash(BCH), but it's also able to mine coins like TerraCoin(TRC) and Unbreakable(UNB), to mention a few. The M30S was one of the first miners to boast the beginnings of the 3x joules per Terahash generation. 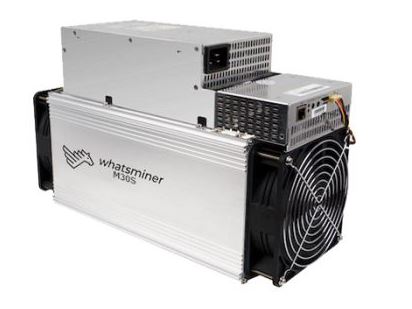